When Corona Virus struck, I was scared, concerned and asking what as going to happen next.  My family knew our lives were going to change dramatically.  Even before the state 'shut down' my family had pulled my kids out of sports and other weekend activities (acting, 4H).  My wife started to work from home and I started to make sure essentials were on hand.
One thing I didn't demand is for the various Catholic churches to continue the Lenten fish fry's during the pandemic.  If you listen to my radio show, you know one of my favorite elements of the Catholic faith is the Friday fish fry's which occur pretty much every Friday during the lead up to Easter.  This year we had gone to two, on February 28th and March 6th.  Then they were gone, shut down with the rest of the state as anxiety and worry kicked up.
I never once even entertained the idea of screaming for the churches to reopen so I could get my fish fry on.  I never once vilified Governor Walz, or any Republican for that matter, blaming them for violating my religion by restricting my access to either fried, baked, or broiled fish.  I never got red faced screaming about how I needed a fish taco.  Nope, I understood my minor inconvenience on this issue was just that, a mild inconvenience and that the betterment of the community took precedent over my small petty desires. 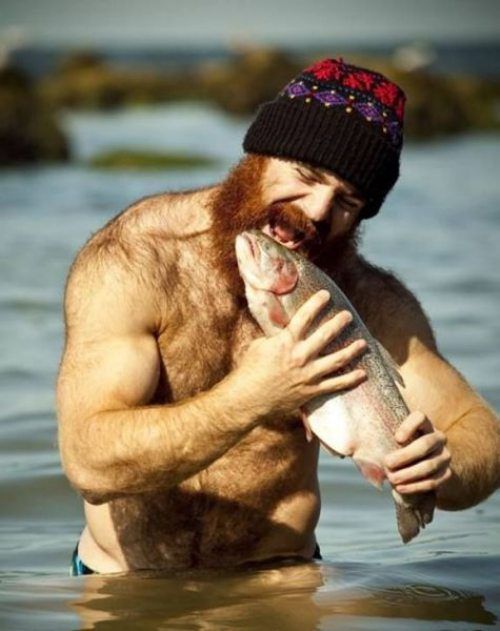 Where we are today as a country is disturbing.  Our selfishness is on full display now the we had to (GASP) wait 6 weeks between haircuts, or (SHOCK) couldn't eat my Arby's Beef N' Cheddar in the Arby's dining room.  People demanding minor sacrifices for the greater good shouldn't have to be made saddens me to the core.  I almost had a mental breakdown towards the end of June as I was overwhelmed by America's selfishness drowning out the common good.  "Sure I love grandma, but I also love beer in a bar too.  Sorry Grandma!"
Masks are a particular flashpoint for the selfish today.  Trump has equivocated wearing a mask to bowing down to Liberal Overlords, so idiot Republicans vow to never wear them.  They insist wearing a mask, and in turn keeping Americans safe from their potential COVID19, is violating their rights to...make people sick?  I really have no idea.  The same people who would sue a hospital if they found out their doctor jeopardized their life by preforming surgery on them without a mask insist the same mask is a token of Democratic oppression.
Selfishness is not only coming from the Republicans.  There seems to be quite a few Liberals demanding businesses open, not for any other reason but convenience.  "Get the stores open, I want to shop!" "Get the restaurants open, I want to eat and I don't want to make my own food." "I want to get my drink on.  Get those bars open!" " I want to work out in my gym, even though it's incredibly dangerous to do so." " I need everyone to work, and in turn jeopardize their own lives, so my inconveniences are kept to a minimum!"
Doing the responsible thing (not dining in restaurants, not working out in the gym, not getting drunk in a bar) doesn't get you a lot of accolades, but it's the best way to ensure your unnecessary trips don't end up killing people.  Yes it's nice to go out, but just because you want your life to return to normal (by the way, WE ALL DO!) doesn't mean we can ignore the terrifying reality required to fulfill pettiness.
The other day a woman started to complain about not being able to do her back to school shopping for her kids...ON JULY 19TH!  That'd be early during a normal year.  It was mainly being pushed as a way to complain about Walz not having revealed his Back to School plan yet.  It was one of the most selfish things I'd ever heard, and of course she was a Republican.  Now that we've heard a game plan to get the kids back to school in fall, you have SEVEN WEEKS to get all your kid's things!  Stop your complaining!  Veruca Salt cosplay (I WANT IT NOW!) is just stupid.
I just had a Liberal friend get mad.  She stated she doesn't care if it isn't safe to send the kids back, she just wants to send them back to school, particularity her kid.  Her main argument was younger kids (kindergarten, 1st and 2nd grade) need specialized teacher interaction which is impossible on a Zoom call and young kids need to have the interaction with other kids their age.  I think both points are valid, but when I mentioned to her this could end up killing teachers and kids, she bluntly said, "I don't care. I want my kid back in school and that's that."
Why is it so many people need a loved one die for them to take Corona Virus seriously?  I want my Lenten fish dinners, but the cost today is too high.  If there's even a slight chance my selfish desires could end up making a person sick for three months, or worse, I'm fine without it!  The Lenten season is supposed to be about sacrifice, but I sure don't need an elderly parishioner (or anyone) sacrificing themselves for some petty selfish reason, Lenten season or not.
Posted by Matt McNeil at 8:27 PM