One More Time, With Feeling!

I want to repeat something about this upcoming election I feel is being overlooked:  EVERY Republican will once again vote for Trump in 2020.

There's this feeling with groups like the Lincoln Project, and voices like Governor Kasich, a large portion of the Republican Party is ready to abandon Trump and vote for Joe Biden in 2020.  I've no doubt a few will.  A few.  Some might vote straight Republican ticket and just leave the Presidential race empty, but those handful will be the exception not the rule.

Back after Trump won in 2016, I made the comment 'there were three groups of people who voted for Trump:

I stand by this assessment.  As a matter of fact, I'm more convinced of this being the truth today.

The Wealthy are easy to understand.  It seems every few months Trump and the Republicans pull a Brinks truck up to the wealthy people's front door, open it up, proceed to shovel a few million dollars in taxpayer money into their house, tip their cap and promise to be back in a dozen weeks.  The Right obscenely rewards wealthy people just because they're wealthy.  They do so to ensure they get campaign donations while they run for office, and the cushy lobbying gig when they decide to return to the private sector.  It's a vicious cycle of economic malfeasance.

The Racists are easy to understand.  These people used to scatter when the lights showed their racist ways, but Trump embraced them. 'Hey little racist cockroaches!  There's no more need to scramble for the darkness with me in charge.  As a matter fo fact, I'll validate your ignorance and hatred like no politician has done in 60 years!'  Trump has made bigotry a political point of view, and for that, the Racists will ALWAYS love him.

To understand the Idiot Trump voter, you have to understand their one true guiding principle; the only thing that matters to them.  The primary goal of Republicans today is emotionally hurting Democrats and Progressives by rubbing Trump's victory, as well as his dangerous and incompetent policies, in their faces, otherwise known as "Owning the Libs."

This one Republican Principle to Rule them All is the product of 25 years of Republicans turning off the real news and only focusing on opinion validation.  You could see this cab coming when they all downplayed W. Bush's unjustified Iraq War (4,487 dead US Soldiers) as "sour grapes," or a "nothing burger."  But when four people died at Benghazi, Republicans voters instead THAT was the greatest injustice of all time.  When I confronted Republican callers to my radio show about those numbers, they immediately insisted the Iraq War numbers were far less than actually reported (!), and the ONLY thing that mattered were the four dead Americans at Benghazi.

Trump saw this Republican need for option validation as an opportunity.  As a manipulator and a showman he was able to hide his complete lack of credentials for the job by offering Republican voters the buffet of their dreams.  "You were always right!  Democrats and Liberals were always wrong!  I will insult them and demean them to their faces, while you cackle and chortle with approval.  And we'll force them to accept our victories by jamming it down their throats while tears stream down their faces.  I am here to validate you!"

Seriously, THIS is the guiding beacon for Republicans today.  It's such an aggressive desire to hurt the Left they've gotten to the point where nothing matters to them outside of the suffering of the Democrats.  They hear us saying "sweet Jesus he's putting babies into cages," or "look how many people have died due to Trump's mismanagement of Corona Virus," and all they hear is 'Boy those Liberals are angry! Trump must be doing something right!'

Republican Trump voters will do everything to prevent from having to admit they were wrong.  That's not an easy thing to avoid when the Master Class of incompetence is your hero. This is why the Right has embraced fanatical conspiracy theories.  They're so desperate to keep the Wizard behind the curtain, they've come up with insanely stupid excuses for everything:

These would be the more sane conspiracy theories.  The ones which read like crappy fan fiction in a tornado are something to behold: "Anti-Trump hysteria is just a byproduct of chem trail, 5-G spray being disturbed by Antifa, combined with Hillary's emails, and MS-13 lozenges distributed by minorities, Canadians and New Zealanders.  You know SCIENCE!" 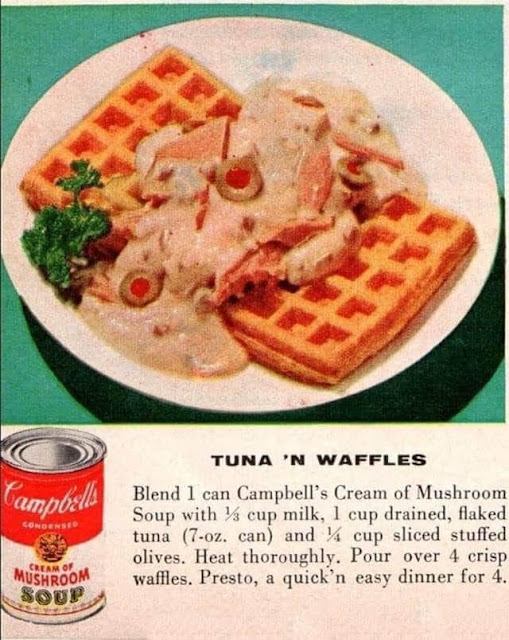 When the conspiracies become so outrageous that even most Republicans know it makes zero sense, that's when Republican Trump voters get quiet and ignore the problem.  They have to maintain the idea Trump is always right, so they'll ignore the bad, even if it's hurting themselves, because the option of admitting Trump is wrong means (at least in their warped minds) the Democrats win.
THIS is why I'm expecting the vote total for Trump in 2020 to be pretty close to 62,984,828, the same number he got in 2016.  This is the Trump Republican id; their fragile psyche.  If they turn away from Trump, then they'll start asking if the other problems they've had in their lives might be their fault too. They never want to look into the mirror and accept they're to blame for their problems, so Trump gets their vote!
2020 is not about convincing Republicans to vote for Joe Biden.  2020 is about the 110 million registered voters who sat out 2016.  Most of those voters are Democrats, or lean Democrat in their ideologies.  If the Democrats can get 30 million of them to the polls, it'll be the greatest political thrashing in this country's history.
Vote.  Get everyone you know registered to vote.  Make sure they turn up in some capacity in November.  Know the playing field and be prepared to fight!
#2020IsEverything!
Posted by Matt McNeil at 11:11 AM